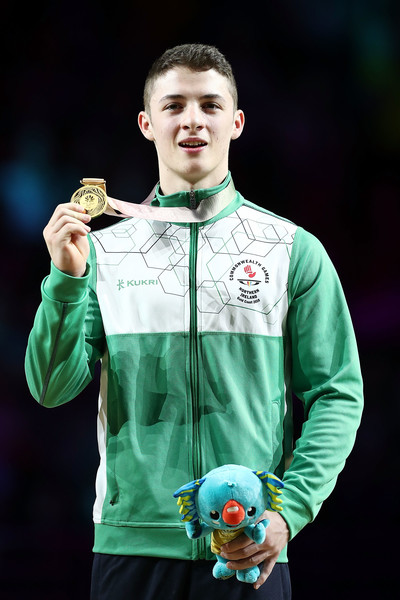 McClenaghan took up gymnastics when he was seven. At nine, he began receiving support from the Mary Peters Trust. Tracy remembers: "Mary gave him a chocolate medal with his first monetary award and now he has turned it into gold."

His progression has been swift, indeed. In 2016 Rhys won a bronze medal in the British Championships pommel final and claimed silver the same year in the same event for Ireland at the Junior European Championships.

Winning Gold for pommel horse at the Commonwealth Games in Australia, however, is his finest victory yet.