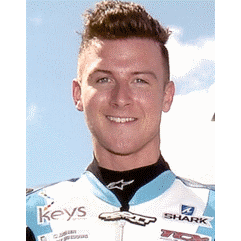 Born into a bike racing family, Josh started riding at two years old and began his winning career as a five-time Irish Mini Moto Champion, including two ‘doubles’, between the ages 9 and 12. Since then, the 21-year-old Fermanagh Racer has gone from strength to strength with his confidence and continued success on the track. In his last season Josh had 10 podiums out of 11 races, with four wins and six second-place finishes. In late 2015 , Josh was crowned British Superstock 1000cc Champion. Josh said: “It’s nice to be able to say I've won a British title, but it has given me the desire for more success.”