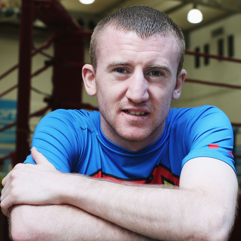 Belfast-born Paddy Barnes began his boxing career at the young age of ten, winning his first fight at the age of eleven and now 17 years later, is the reigning Irish Elite Champion, following a seventh successive victory in the World Series of Boxing.

As a role model to young people and his peers, Paddy is now a household name throughout Ireland, and internationally.