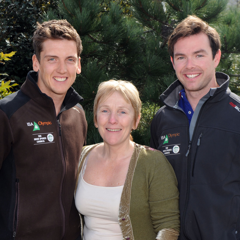 49er Sailors Matt McGovern and Ryan Seaton were the first athletes from Northern Ireland to qualify for the 2012 London Olympics, having finished 10th in the World Championships in 2011.The dynamic duo also qualified Team Ireland in the 49er category for the 2016 Games at the ISAF World Championships. Ryan, a Carrickfergus man, was introduced to sailing at the age of five by his father and is now a member of the Carrickfergus Sailing Club and Ballyholme Yacht Club. Meanwhile Matthew, from Bangor, began sailing at the age of six and first represented Ireland in the 420 worlds at the age of 12.