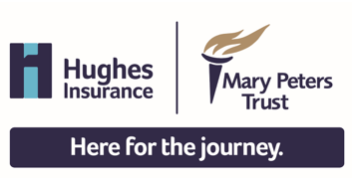 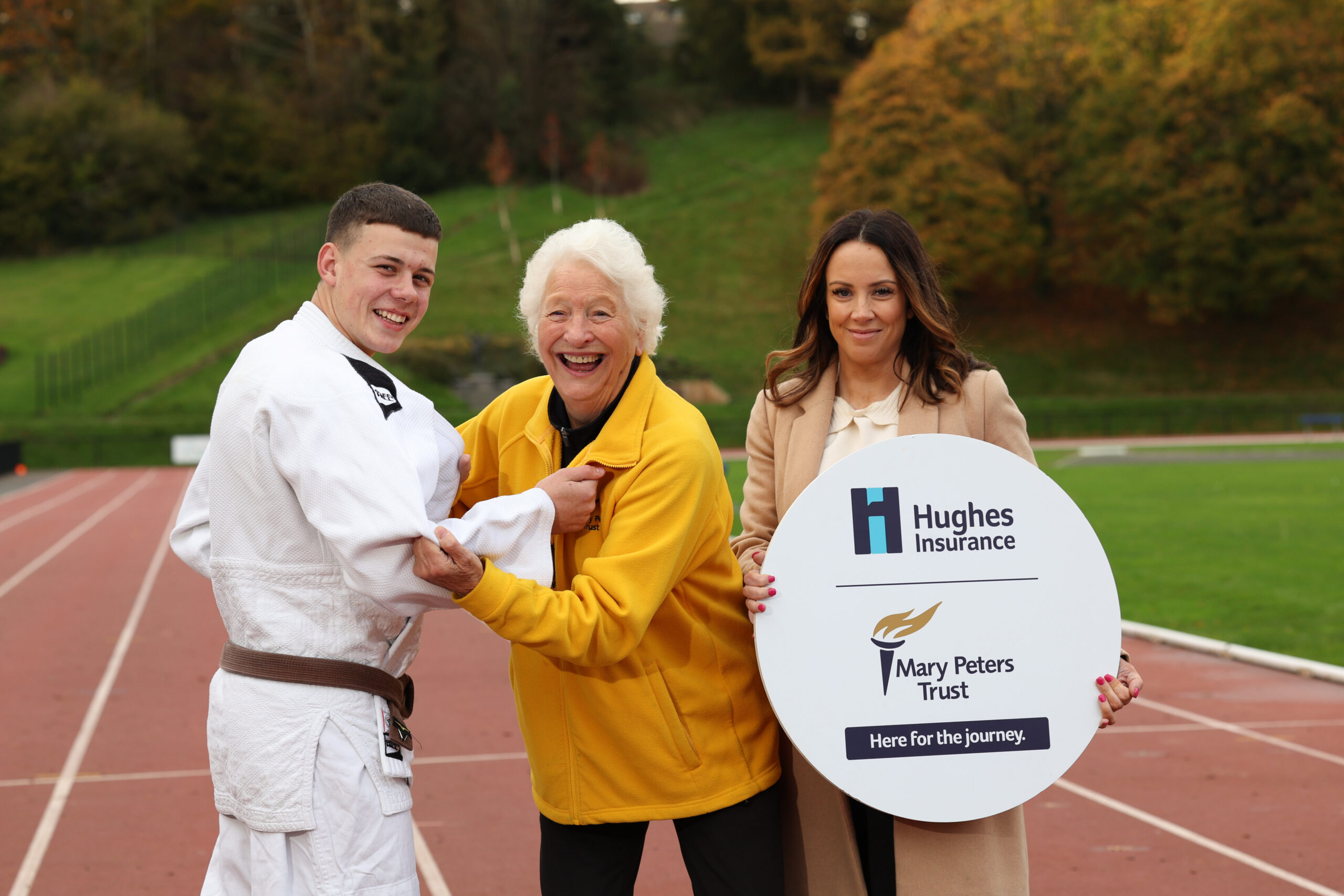 Hughes Insurance have announced 16-year-old judoka Shane Gallagher as the latest athlete to receive a £500 bursary as part on an ongoing partnership with the
Mary Peters Trust.

Shane who won a gold medal in the 2022 All-Ireland School Judo Championships and North West Judo Open  hampionships, recently secured his black belt in judo and has gained a place on the Northern Ireland Talent Judo Development programme where he trains under the guidance of former judo Olympian, Ciaran Ward.

The £5,00 bursary programme, which is now in its second year, will award funding to ten young athletes from across Northern Ireland throughout 2022. Each of the athletes are selected by Lady Mary and her Trust to to support them on their journey to realising their sporting potential.

Lady Mary Peters said: “I’m delighted that the trust’s partnership with Hughes Insurance can support talented athletes like Shane. Shane’s dedication and passion
to his sport is extraordinary and this is reflected in his achievements, which notably include securing his black belt in judo at the age of 16.

“I hope the funding will support him as he prepares to take part in the All-Ireland Judo Championships in December this year and Scottish Open in 2023.” Shane from Strabane, Tyrone has a busy training schedule, practising judo with his club Shori and Konarki, five times a week and training four times a week in his local gym.

He often trains with his partner and older brother who also gained a place on the Northern Ireland Development Judo programme. Shane and his brother are the second generation of brothers to compete in the family in addition to their dad and uncle, who took part in the Judo Commonwealth Games in Australia in 2004.

Commenting on his award Shane said: “It was great to hear that I had been selected for the Mary Peters Trust and Hughes Insurance Bursary Award, recognising my achievements in judo.

“I’ve loved judo since my dad brought me and my brother to a training session when I was just five years old. I’m very dedicated to my sport, sometimes training up to seven days a week. Ultimately one day I hope to represent Northern Ireland in the Olympics and bring home the gold. I know if I continue, I can reach the very top level.

“The bursary award will help me to progress within judo and I hope to inspire young athletes by winning more medals. I want to show young people that anything is possible when you put your mind to it.”

Emma Haughian, Senior Marketing Manager at Hughes Insurance said: “Mary Peters Trust is a really important and valuable organisation, and we are delighted that its work allows us to support young athletes from across Northern Ireland on their sporting journeys.

“Shane is an incredibly talented athlete and true inspiration to other young people in sport. We hope that this funding will help him on his journey to realising his potential and we look forward to watching him compete in the All-Ireland Judo
Championships next month.”

The remaining bursary recipients will be announced throughout 2022 and early 2023. The Mary Peters Trust is the only province-wide organisation to provide support to young athletes from all recognised sports. Along with Hughes Insurance, it is also supported by Alchemy Technology Services, who this year became a podium partner to support the Trust’s activities throughout 2022.

Return All Hughes Insurance Athletes
DONATE
Manage Cookie Consent
To provide the best experiences, we use technologies like cookies to store and/or access device information. Consenting to these technologies will allow us to process data such as browsing behavior or unique IDs on this site. Not consenting or withdrawing consent, may adversely affect certain features and functions.
Manage options Manage services Manage vendors Read more about these purposes
View preferences
{title} {title} {title}
X